Home > Wolfish Blog > Articles & Academia > The Bilby vs the Bunny

The Bilby vs the Bunny 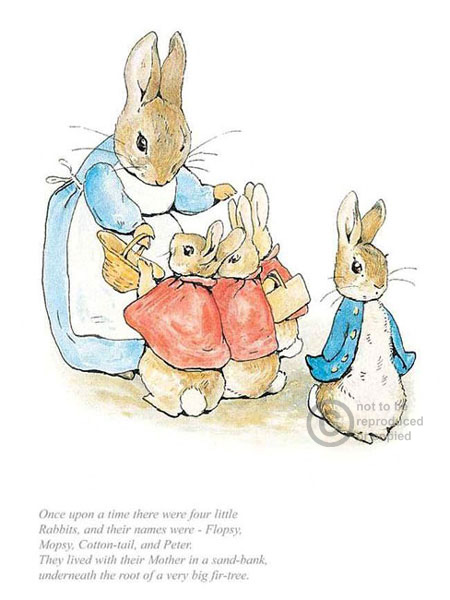 Are you in the Easter Bunny or Easter Bilby camp? Last year I shared a blog featuring five bilby books, so this year it’s the bunnies’ turn.

In Australia our connection with rabbits is complex. As an introduced species, rabbits are a pest that threatens native wildlife. This is reflected in literature; compare the sweet and fluffy Flopsy, Mopsy and Cottontail with the angular, colonising characters of The Rabbits (John Marsden & Shaun Tan).

Besides The Rabbits and a few other titles including Metzenthen & Murphy’s One Runaway Rabbit, Dorothy Wall’s Brownie, and Nan Hunt’s A Rabbit Named Harris (in which the rabbit could easily be a different animal), Australian children’s literature has few central rabbit characters.

This isn’t the case in other countries where rabbits are beloved and cuddly like The Velveteen Rabbit or distinguished like The White Rabbit of Alice’s Wonderland. Or they might be determined like Peter Rabbit and the Watership Downs colony, or be a Bre’er Rabbit trickster. The winged rabbit character Pookie, can even claim to have shaped the political views of both a socialist and a conservative. I’m not sure that many bilbies have done that.

According to Dr Zoe Jacques in a reading on the Cambridge Animal Alphabet, “The bunny is a pliable cultural referent able to represent local attitudes in ways that belie a fixed tradition.” It will be interesting to watch the development of bunny and rabbit characters in future Australian children’s literature. In the meantime, whatever your chocolate choice, have a safe and happy Easter.